Founded by Franco Hung and Tommie Wong in 2014.

As a Hong Kong-based cgi studio , we handle mostly computer graphics , animation , and special effects projects . It has always been our goal to keep progressing and produce high quality work. 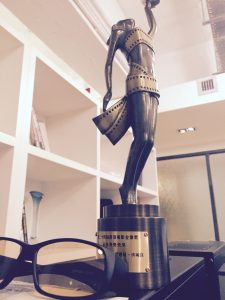 Franco Hung 洪毓良 – was working at Centro Digital Pictures Ltd for the past 14 years .

” During these years, I had many opportunities to be in charge of a variety of feature films and large scale projects, which included the large format animation film for the UAE Pavilion in the Shanghai Expo 2010 and the Macau City of Dream-Bubble Showduring 2012 CNY. One of the feature films I worked on as special effects supervisor is Kung Fu Hustle , which won the Best Special Effects award from both Hong Kong Film Award and Taiwan Golden Horse Film Award.”

2006 – The Secret of The Magic Gourd 寶葫蘆的秘密 | Special Effects Supervisor